This mimics the PC computer name script that prompts for a computer name. The script works by reading the computer name from the built in script "Collect Mac OS X Computer Name" and prompting the user in action script to change the name. You can edit the script to suit your needs. Here is the script and below are some screenshots. 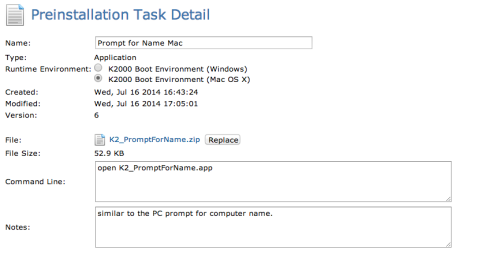