Managing multiple PC's for users is a challenge. You've got a desktop, laptop, personal devices, etc. How do we get the data to be available on all of them?

Roaming profiles were always around, but that was problematic. Skydrive, exchange online, UEV, Windows live accounts, and other tools help make this simpler. My users don't care how it works, they just want it to work.

The guys set up an experiment with a volunteer from the audience and put on lab coats and safety gear. Then proceeded to beat a laptop with a hammer. It was one of the presenter's laptop. He was less happy about that. Not to worry- it was a Lenovo. So I was okay with the hammer act 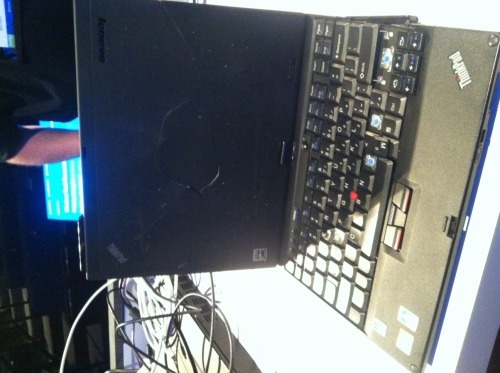 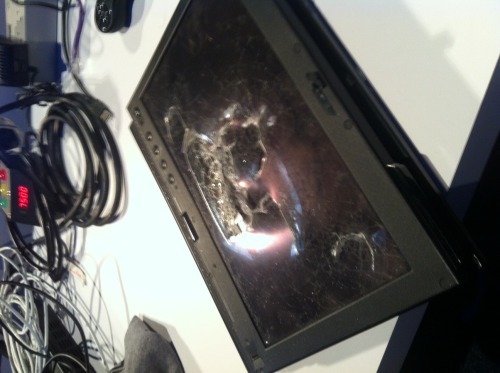 UEV (User Experience Virtualization) sets up with app-v, folder redirection, and works all kindsa cool with Skydrive Pro. We don't want users taking all of the company data, so the UEV keeps up with user settings, apps, and data.

Windows 8.1 has deeper integration with Skydrive. Skydrive Pro has more options for security, and can even be on-premise if you wish.

Folder RedirectionProvides access to documents on any device on the domain

AppV- Enable users apps to follow them across devices (as needed)

Overall this was a pretty seamless solution, but as far as implementation you'd be looking at a ton of work.

In theory if a user was on VPN the same things could happen. UEV is a new spin on roaming profiles and USMT that seems to actually work. The settings and needs are being streamed instead of loaded, and then presenting the desktop.

Thinking of "that user" that can ruin your day when they get a new PC- UEV an make "Dot" much happier when she gets a new PC, and you get to keep doing your real job instead of spending all day making her happy- she's already happy.

We're working across boudaries, but it's not the solution for everything. Sure we can use APPV, cloud storage, GPO's, etc. but there's going to be gaps.

But wait, there's more! There's a settings store, for simple file share of this, there's a UEV generator to build a template for folks, and theres the ability to deploy the agent via anything (like a K1000)

UEV can be configured in a few steps. On the server, build settings store. There's a special account group called UE-V_Users that have special access controls. Push the agent. Cool!

Folder redirection is thinner, smarter, and faster. If we couple it with DirectAccess and Branch manager things get even better. Sure this won't work in all environments, but the tools are there for some cool stuff. Using files shares and GPO's accomplishes a lot. This keeps our users safe from themselves and keeps things backed up (okay that's a separate task and isn't automatic, but better than expecting the user to do it). We can also have some good flexibility when it comes to offline files. Turn it off, Force it on, let the user control, etc.

On Technet some resources for getting started with AppV: http://technet.microsoft.com/en-us/windows/hh826068.aspx

With config manager we can take all of this stuff and then manage it all.

Windows to Go can then help solve the problem of "You smashed my PC, but what if I don't have another one?" Using MDT to build that base image and put it on a drive and let's go on any machines. There are requirements for the USB drive,here's a list of approved drives: http://technet.microsoft.com/en-us/windows/hh831833.aspx#

With all of these features together, the PC, the base hardware, becomes less relevant. We're loading everything up on the USB device and using UEV, AppV, etc. so the session is secure, and the user is having seamless experience. Pretty cool stuff. One of the more interesting, entertaining, and overall really useful-in-the-real-world classes I have gone to. 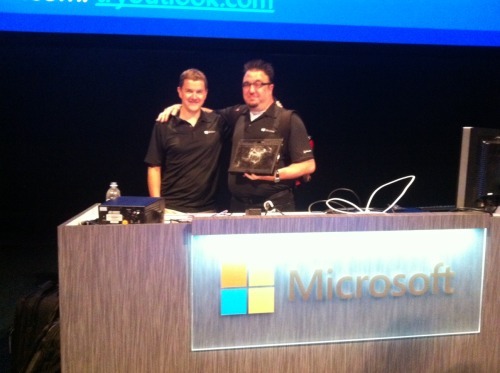